Does Your Life Insurance Policy Offer This Surprising Benefit?

Just six months after retiring from 32 years on the Richmond, Virginia, Fire Department, Len Archer got a devastating diagnosis from his doctor. He had pancreatic cancer, and he likely had only two to eight months to live.

In an instant, Len, 56, and his wife, Paula, went from planning their retirement to preparing for what appeared to be the inevitable.

At the urging of a friend, Len reached out to Cancer Treatment Centers of America® to see if there was any hope. Within a day, he heard back about a trial study with pharmaceutical company Merck & Co.® But there was a big catch: although Len had health insurance, it would not cover the costly experimental treatment.

Soon after he received his diagnosis, Len vowed that he would not allow the cancer to bankrupt them and leave his wife “living under a bridge” after his death. Now the Archers faced the wrenching choice of draining their savings and selling the dream home they purchased a decade ago, or foregoing the treatment.

Doug, who previously worked with Len at the fire department, had heard of his diagnosis. Years before, Doug had issued his friend a life insurance policy. As part of that $150,000 policy, Erie Family Life automatically included an Accelerated Death Benefit Rider* at no additional cost. This rider allows for half of the policy’s value to be used in the event of a terminal diagnosis.

“When Doug called, it was like an angel was talking to me,” Len said. “I had completely forgotten that something like this was available.” The rider provided $75,000 that was quickly deposited in Len’s bank account. The additional money made Len’s decision a no-brainer. He would go forward with the experimental treatment, without being forced to sell his home or drain his savings.

“It was literally a lifesaver,” Len says. “The $75,000 gave us the breathing room we needed to get our finances in order and keep the wolves from the door. We were able to make some financial moves and are doing fine now.”

Remarkably, it’s not just Len’s finances that are healthier than expected. He is currently seeing positive results from the treatment. The cancer has stopped spreading, and doctors are cautiously optimistic that he will be able to add considerable time—maybe years—to his life.

“ERIE put hope in our hearts and gave me a reason to live,” Len says. “Quite simply, Doug Cox and ERIE saved my life.”

Len has become an advocate for a bill proposed in Virginia to help firefighters diagnosed with cancer—an occupational hazard they contend stems from the increasing amount of toxins they are exposed to on the job.

And he’s encouraging everyone he knows to talk to an ERIE agent about life insurance and obtaining this rider as part of their policy.

“Give yourself the peace of mind—and a fighting chance,” Len says. “Call an ERIE agent right now to make sure you have proper life insurance coverage in place. You won’t regret it.”

To learn more about the Accelerated Death Benefit Rider, talk to your local ERIE agent, who can help you consider your options based on your personal situation and help determine what coverage is right for you.

*ERIE® life products and services, provided by Erie Family Life Insurance Company, based in Erie, Pa., a member of Erie Insurance Group, are not available in New York. The rider is available in conjunction with a qualifying life policy. See individual policies for specific coverage details. Certain terms and limitations may apply. Refer to our disclaimer for additional information.

Haven’t heard of us? Erie Insurance started with humble beginnings in 1925 with a mission to emphasize customer service above all else. Though we’ve grown to reach the Fortune 500 list, we still haven’t lost the human touch.

Contact Dreves Insurance Agency today to experience the ERIE difference for yourself.

MR
...and would recommend them to anyone who is shopping for insurance!Matthew R., Girard, OH
TW
It"s nice to have a human to speak to when you need them.Tammy W., Girard, Ohio
BP
Always Great Service, Great Staff 5 stars!Brian P., Girard, Ohio
CY
The staff is very friendly and helpful.Carol y., Girard, Ohio 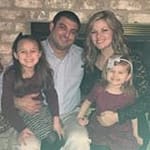